#Maya Angelou – Aspire to her Greatness 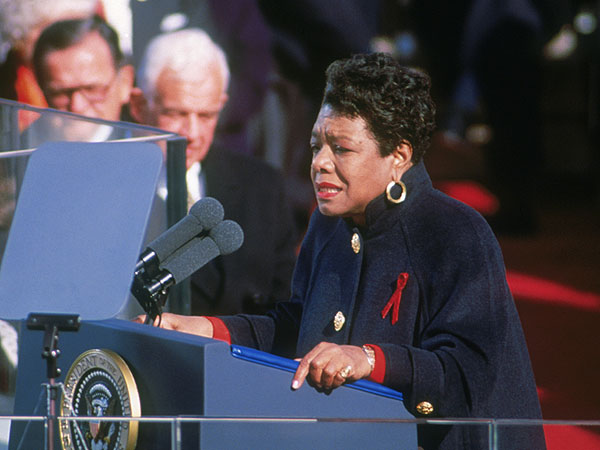 We lost a great one yesterday with the passing of Maya Angelou. But thank goodness she passed through this life and graced us with her presence.

I loved turning my students onto the poetry of Ms. Angelou. When she was called upon to write and recite a poem for Bill Clinton’s first inauguration in 1993, she had less than three months to write a poem on command for a world debut. As a writer, I can’t imagine the pressure that must have been, but Ms. Angelou did it. All she ever wanted was to be a blessing in this lifetime. She far exceed her own expectations.

The poem she created for the nation, On the Pulse of Morning, is chilling in its preciseness of language, thrilling in its dramatic contrasts, and loving in its portrayal of hope…

2 responses to “#Maya Angelou – Aspire to her Greatness”