Mavy’s Christmas Miracle – Sharon Coady
Anne Hurd returns to the Pocono’s to help her elderly grandfather. Six years earlier Kyle Shafer disappeared from her life. She rescues a kitten, takes her to a vet who turns out to be Kyle. Kyle can’t believe Anne walked back into his life. Will he scare her away, or will she give him another chance? Kyle decides to take a chance and try for the love he gave up on.
Excerpt
Anne couldn’t believe this was happening. She knelt down and sobbed as the tiny gray kitten tried to raise his head. His body was shaking and foam spilled from his mouth along with a diminutive meow.
“Oh poor baby, why would someone do this to you? I’ll be right back.” She ran into her grandparents’ cabin.
“Pop, one of the kittens is hurt. I think someone poisoned him. He can’t move and foam is coming from his mouth.”
“Let’s go take a look.” He reached over and took her arm to steady himself as she helped him down the three wooden steps and off the porch. At ninety years old, he was still independent, but smart enough to know his step was no longer steady.
Tears welled up in his eyes as he looked down at the kitten. “Poor little fellow.” He glanced at Anne. “Looks like you were right. Go get my gun, girl. The Smith and Wesson twenty-two. We don’t want him suffering any longer.”
Anne ran back into the house, sadness for the kitten engulfing her. She had fallen in love with him the first time he had come out from under the house and stared at her with his dark green eyes. It had taken her almost three weeks to coax him into letting her get close enough to pet him. The kittens were about eight weeks old now and she had hoped to convince her grandfather to adopt the one of them.
Grabbing Pop’s gun carefully, she hurried back outside and waited patiently as he asked her to steady him while he put the kitten down. Taking a deep breath, he pulled the trigger. The bang resonated loudly and echoed in the silence that followed. Pop sighed, shook his head and wiped a tear away from his deeply wrinkled cheek.
“I’ll never understand how some people can be so cruel to little animals. Can you bury him, girl?”
“Yes, but I’ll take you back inside first.” She took his arm and helped him back to the porch, not trying to hide the tears streaming down her cheeks. She glanced at his face as she helped him up the steps and saw how tired he was. He stumbled a bit on the last step and she put her arm around him and gave him a hug.
“Things happen and people are mean sometimes. See if you can find any of the others after you bury him.”
“I will.”
He shuffled over to his cabinet and laid the pistol down. He stood for a moment, shaking his head and mumbling under his breath. His shoulders bent as he put his hands in his pockets.
“I’m going now. I’ll let you know if I see any of the others.” She pulled on her old wool coat and zipped it up, not looking forward to the task at hand.
After she took care of the kitten, she put the shovel back in place and made her way to the porch. It made her sad to see the cracked and peeling paint covering the cabin. She closed her eyes and brought to mind the images of the place she remembered from her childhood: Gram’s lovingly tended gardens full of different types of flowers in front of the small, enclosed porch. The white paint covering the wood siding of the cabin, making it neat and tidy. Her favorite image was of Gram looking out the kitchen window while she washed her dishes, smiling as Anne picked the blackberries off the bush.
Kneeling down, she tried to see underneath the porch, hoping to spot the other kittens. Her heart sank when she saw no movement. I hate to tell him the other ones are gone. I can’t do it. She stood up and made her way slowly into the house.
When she walked in, he glanced at her. “Did you see the rest of them?” His steel-blue eyes searched her face.
“It was too dark. I’ll have to look again tomorrow. I’m going to start dinner now.” She prayed he wouldn’t see the sadness on her face.
“Do you need me to peel potatoes? I always did for your grandmother.”
“That would be wonderful. I’ll bring them to you.” She grabbed four potatoes, the old green Tupperware strainer and his favorite peeler. “Here you go.” She stooped down and kissed the top of his bald head. “Love you,” she whispered.
“Love you too, girl.” He set to work peeling the potatoes.
She wondered if her resemblance to Gram bothered him. Everyone told her she looked just like a younger version of her grandmother. Anne had the same cinnamon colored hair and slight build, but her grandmother’s eyes had been a deep hazel color while hers were green.
Pop interrupted her thoughts. “So, you’ll look for the other kittens?”
“Sure. I’ll go out first thing in the morning and look around.” She glanced over to see his brows drawn down, and his lips pressed together. “Hopefully, they’re okay.”
Reviewer’s Comment
“Sometimes, Christmas miracles come in small packages — a sweet and heartwarming story.” – Rachelle Ayala
About the Author 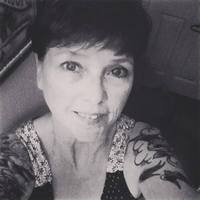 Sharon Coady lives in Florida with her husband, three of their daughters and five of their eleven grandchildren. She wrote two books before discovering Romance novels. She has now written a romantic suspense, a romance novella and is currently writing a Christmas novella. She has two published novels. When not working as a nurse for the Veterans Administration or writing she enjoys spending time with her family and riding behind her husband on their Harley.Facebook: