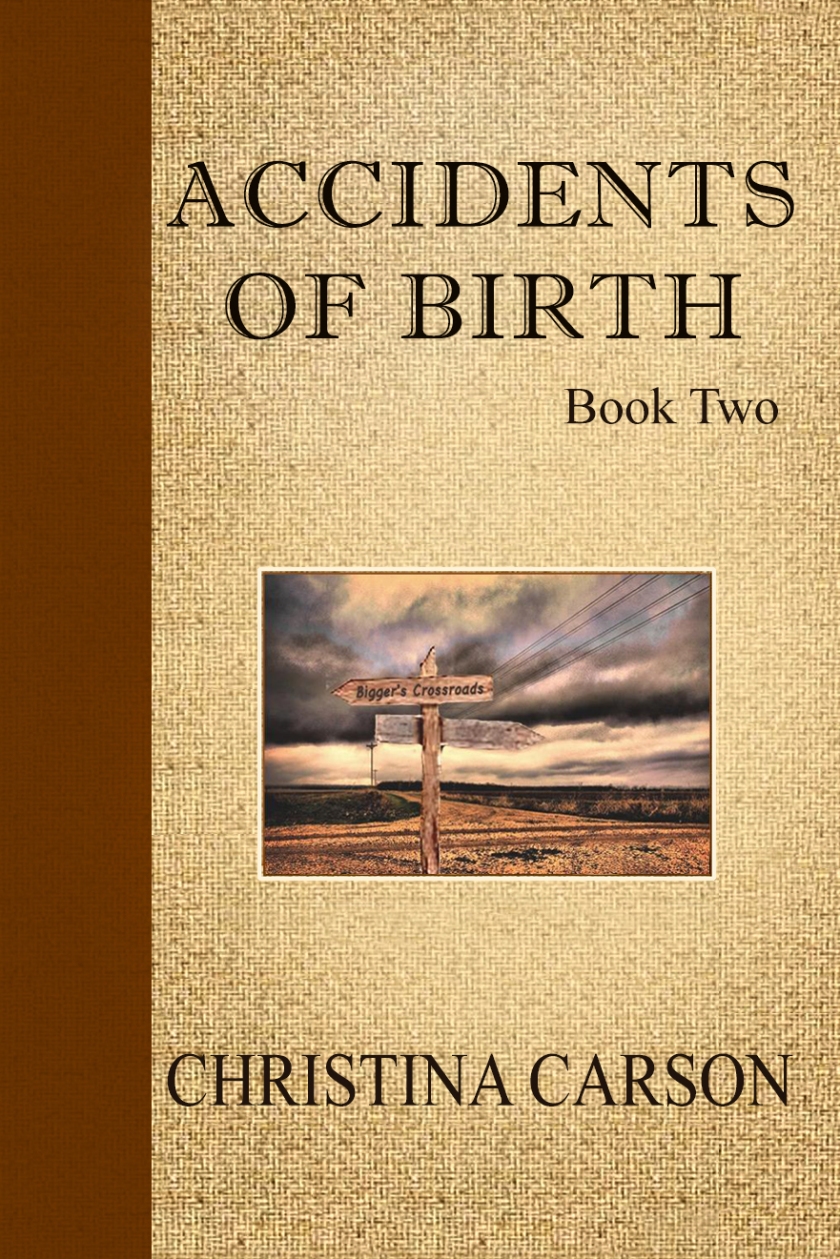 It’s been far too long since I’ve featured this author on my blog, but here she is with a post about how her latest releases came to be. Christina Carson shares her thoughts about the “seeds” for an author. I’ve written reviews for her books and featured her on Author Wednesday.

Her first two books, Suffer the Little Children and Dying to Know are masterpieces of literary fiction.

She now presents us with Accidents of Birth, Book One and Two. Her post today addresses where these works of historical fiction originated. Book One follows the life of Imogene Ware from her birth in Mississippi in 1928 through some turbulent decades in the South. Book Two chronicles her life in the last three decades of the 20th century. It is with great pleasure that I turn over the blog to one of my favorite authors, Christina Carson.

The Seeds that Grow Our Stories by Christina Carson

The creative process, the one that brings us all so much pleasure either through being the creator or the recipient is indeed a strange bird. Somewhere, seemingly out of the ether, an idea begins to emerge. It reminds me of when I was a child and had my first experience growing crystals. Have you ever grown a crystal? Ah, a positively magical affair, especially to a child. You’d get your Dad to go the druggist and buy whichever chemicals were legal for you to have that had been listed in the crystal-making book you were reading. You’d make a supersaturated solution of each one of the chemicals by mixing them in water, suspend a thin twine tied to a stick which spanned the drinking glasses you’d snuck out of the kitchen…and wait. Within a day or so, the tiniest of crystals would emerge on the cord and then one would start to grow. Sometimes they’d get as big as my thumbnail. It was astonishing—these beautiful crystals from ostensibly out of nowhere – ruby red, sapphire blue and diamond clear, depending on the solution. There was a critical time period, however, which you couldn’t predetermine, in which you had to harvest the crystal or the solution begin to dissolve it and take it back. I have always sensed that stories come into existence in just this way. Somewhere in the back of our minds, saturated with intellectual and emotional experiences, a seed exists around which a story begins to form. What is that seed? That is an interesting question, for if you find it, you can watch the marvel of the creative process that unfolds. The novel Accidents of Birth began in just that manner.

I was sixteen and about to have some minor surgery. My mother had tucked me in at the hospital for a three-day stay, and being an independent child, almost obnoxiously so, I suggested I was just fine, and she need not come again until it was time to go home. I had never been in a hospital. I had no idea how much empty time there was lying there. There was nowhere to go, no TVs and no one to talk to as hospitals were much emptier those days. By the time late afternoon of day one rolled around, I was beginning to rue my offhanded dismissal of my mother, until the sound of soft, rhythmic singing came from down the hall followed by a gentle rap on my door. I said, “Come in.”

In response, an aging Black orderly came around the corner. His hair was salt and pepper gray, his face a deep rich brown and his eyes gentle with concern. Seeing me all alone, he began to fuss over me as if I were his blood daughter. I was awed. I had never had anyone treat me with such loving kindness, let alone a total stranger.

Come morning, I realized it wasn’t a chance happening, for when the orderly came then, she was a forty-something Black woman who proceeded to care for me in the same inclusive manner, making me one of her own. Her kindness knew no bounds, and I lay there in wonder. She stayed with me until the prepping for the operation was over, and I was wheeled off.
I saw those two several more times before I left the hospital. I wanted to say something to them, but I couldn’t understand all I was feeling at that young age. I was a kid. What did I know about life and all its glaring contradictions? But…I never forgot what it felt like to be loved like that.

Over the years, that seed drew from all the experiences that made up my life, and eventually formed a story I would have never imagined writing – me, white, from a racist family and having always lived above the Mason-Dixon Line. Then, a protagonist emerged, a woman who was illiterate, quirky, filled with earthy wisdom, and, yes, Black. That was as startling to me as any crystal I’d ever grown. Mrs. Imogene Ware came into my life, created from that original seed, and retold in her own way that sixteen-year old’s experience:

“We sit quiet again. Then I git up, walk over to where she set an reach out to her. She come to me like she a frightened little child, an I hold her tight an stoke her hair, coo to her, an tell her over an over she be fine. Tell her over an over I love her so, juss who she be, an I always will. They be no doorways where love live, nothing that open an shut. They be no time where love live, nothing that begins or ends. But she don’ know that, an my heart weep fo’ her.”

It took me years to grow into a place where I could write this story, have the maturity and the openness to let it come to and through me. Three days in a hospital with two incredibly caring souls gave me a gift beyond the obvious, however. It predisposed me to look at the Black culture throughout my life, and collect examples of its beauty and goodness. In the process, I met some exquisite human beings, Black women leaving their mark on the world. Out of that came Accidents of Birth, a story wrapped in the brutality and racism of the 20th century but told as a profound love story, for the seed of this novel was love. 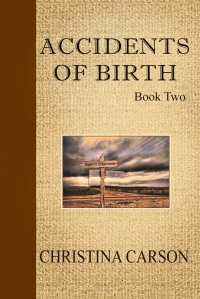 Some final words from Miss Imogene pondering like she so often did as she and her cart horse, Polly, travelled up and down their farm to market road:

“It clear to me now my mama didn’t leave me with no suggestion. She leave me with her life. She leave me knowing my work be to love this world too, like she did. An sittin right here at the edge of this road ponderin’ on what lies ahead a me, it feel more curse than grace, but that juss ’cause I be scared. An then as I look at the people round me, I see they be livin’ out what they be left by they mama or they papa. An it don’ seem to matter whether you respected them or not, just being round ’em for so long, who they be an what they believe seep into ya. An it don’ look like no easy thing to be achangin’ that. But by God above, there muss be some way to use what we learn to make our chiluns’ lives kinder and happier, not juss repeating our woes. Then I chuckle quietly as I think of the years of slavery, an racism, an poverty, an disease, an it occur to me history don’ seem to favor that notion. Well, I do, indeed I do.”

Christina Carson on Christina:  I am sixty-nine-years old and  have worn many caps and walked many roads. I started in research as a scientist even before graduation, then taught in nursing for a number of years, owned a masonry contracting business with a mate and worked at that and building houses. I went on to farm. I am a creature of the land and love animals. That life was a dream until it ended. I then went on to become a stock broker, which I hated, and then the aimless period began with intense doubt and chaos. I was there for years making it up as I went along and spending a great deal of time afraid and despairing.

I will forever consider Canada my home, but I returned to the states in 1996 after thirty years in Canada to marry a man I met in Vancouver where I lived for five years.  He and I are perfectly suited to one another in intent, direction, and integrity, and as for the rest, we play that by ear.

Accidents of Birth, Book One