Click here to download your free copy of Morsels of Romance: Eleven Tastes of Love by P.C. Zick.

I Write Therefore I Am 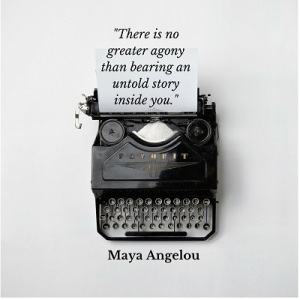 I tell stories. It’s always been that way for me. I don’t simply go to the grocery store. I live a short story. First, there’s the background. “I drove the truck because the car was out of gas.” Then the conflict. “I parked next to a sports car taking up two spaces.” The climax. “When I hopped out of the truck, the sports car owner came running up with a cart and rammed it into the back of truck because I’d parked too close to his precious Lamborghini.” The resolution. “He apologized profusely when I pointed to the lines on the pavement and gave me the name of his lawyer so I could buy a new truck.”

One of two things happens as a result of my irrefutable penchant for storytelling. Those who know me best don’t ask about the details of my life, or if they do, they grab a beer and a bag of popcorn. Then they ask.

What else could I do but write fiction? One time a friend, in a rather annoyed voice, asked, “Can’t you ever just shut it down?”

Even though I’ve always told stories, I never acknowledged the writer in me until I decided to stop teaching teenagers to write. After seventeen years as a high school English teacher, burn out hit me like that grocery cart rammed into my truck. I often spent my evenings pondering what else I could do. Where did my talents lie?

Then it hit me. Write. I pulled an old manuscript out of a drawer and began working on it. I spent one summer hammering out the complete novel. I wrote a couple of things for the local Chamber of Commerce. And then the newspaper in the nearest large town contacted me. Would I like to be a correspondent reporting on local events in our small town? They’d read a press release I’d written, and they needed someone to cover school events. I accepted. Then the weekly local paper called. Would I work for them as a freelancer? Those little jobs didn’t pay much, but they paid. At the end of the year, I did my taxes and filed a Schedule C for the first time. While working full time as a teacher, I’d still managed to rake in $5,000 as a local correspondent for two newspapers. What could I do if I worked at it full time?

I quit teaching. The same month, I won first place in an essay contest named after one of my heroes, Marjorie Kinnan Rawlings of The Yearling and Cross Creek fame. A small publisher in California accepted my first novel for publication. I never looked back from that watershed year of 2001.

Since then, I’ve written ten more novels and six nonfiction books. I became a reporter, columnist, editor, publisher, and public relations director. I did anything and everything that kept me writing and making a living. In 2010, I married and moved where my husband worked in Pittsburgh. He gave me the greatest wedding gift of all by believing in me as a writer of fiction and allowing me the freedom of working full time at the art without worrying about making money.

However, with that freedom came disillusionment with the publishing world. I’d had several publishers, and even an agent for a year, none of which did anything for me. I sold my first 1,000 books—paperback—through my own sweat and handshakes and hours of setting up and attending book signings. Grueling work with very little support from anyone but the folks who liked my books.

Within a year of becoming a full-time novelist, I discovered that the online world of publishing was changing everything. The Indie Author movement captured me in its strong web, and I met like-minded souls willing to help each other succeed. By 2012, I published my first novel on Amazon and continued to publish a book or two each year. This past year I’ve participated in box sets with other Indies, which has taught me more about marketing than I’d ever known.

Marketing proves to be the most challenging aspect of my new job, but I learn something new every day. And I continue to write. I have several works in progress right now with plans to write three other novels in the coming months. My greatest challenge lies in finding the time to write while still managing the marketing end of the business.

Somehow I manage, and I consider myself one of the luckiest people in the world. I work at my passion, and with a little bit of sweat and luck, I’ll even manage to make a living from doing what I love.

And as always, I tell stories. Did I tell you the one about meeting my new neighbor for the first time? Don’t ask, or I will.