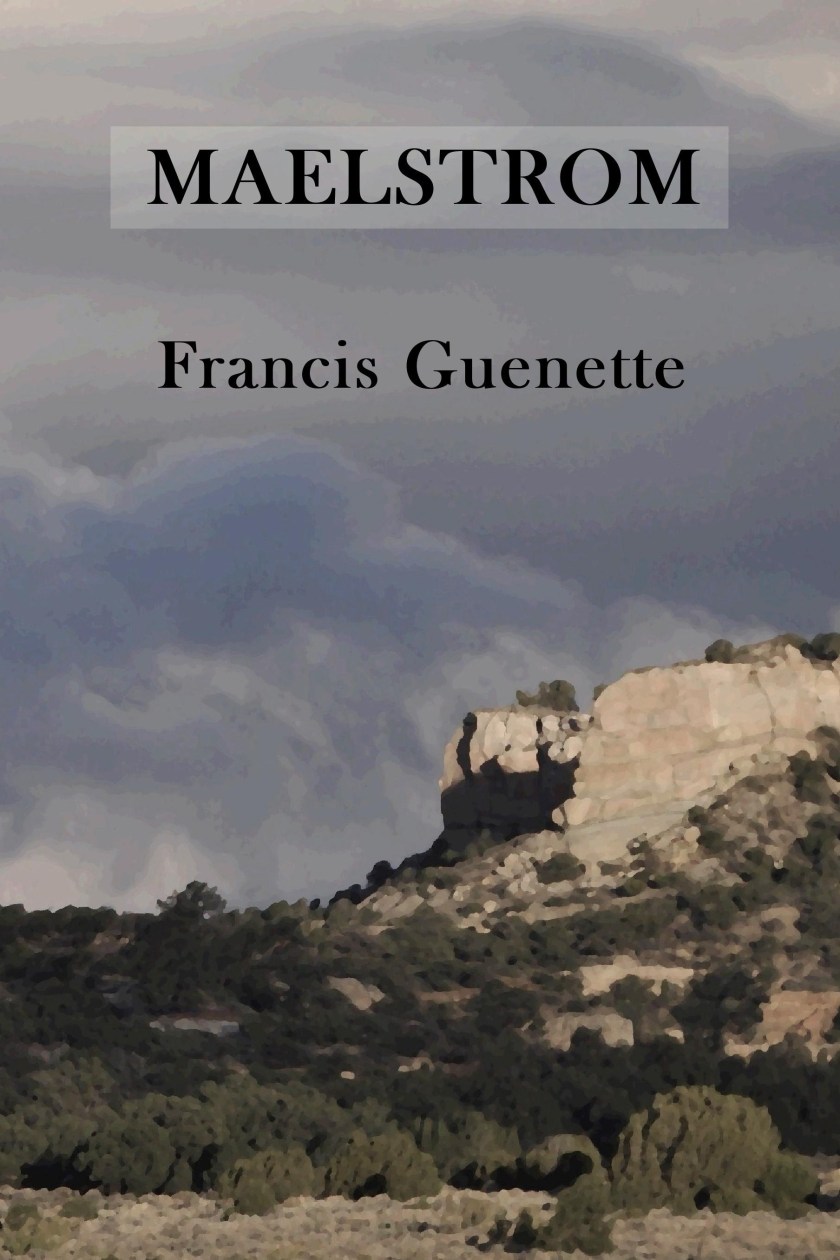 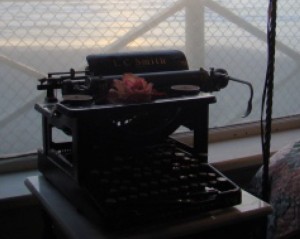 Today a favorite author of mine drops by o share her thoughts on her new novel. Francis Guenette has visited Author Wednesday several times. I’ve been a great fan of her Crater Lake Series, so I wondered how it would be to read a very different sort of book by her. She addresses that very issue from her perspective when she sat down to create her latest work, Maelstrom. 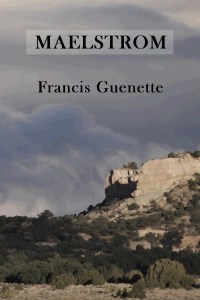 So here’s Francis to tell us a little bit about how it was to leave her friends at Crater Lake for a bit so she could bring Maelstrom to light.

Many thanks to Patricia for hosting me yet again on her blog. Pat has been a solid supporter of my books and I can’t thank her enough. She has posed me a challenging question to answer in light of my recent release of the stand-alone novel, Maelstrom.

How did it feel to switch writing genres and leave the Crater Lake Series behind?

I wondered more than once if I could manage. My main concern was how I would expand the room in my head to accommodate another group of characters. The abundance of personalities worried me more than any issue related to genre.

While working on Maelstrom, I confess to having all the doubts that a soon-to-be parent would have when contemplating the arrival of a second child. Will I love this new one? Will I have enough energy for child number two without scrimping on what I want to give to my first born?

In my novels, plot and setting are character driven. I can imagine myself writing in any genre as long as I am able to create fully-developed characters with well-thought out story arcs. A book’s setting becomes a matter of backdrop. In saying that, I don’t wish to denigrate the research, time and effort required to create a realistic arena in which to let loose one’s characters. For me, such work is governed by where the characters demand to be taken.

With the writing of Maelstrom, I discovered that the prime real estate in my head could only be occupied by one group of characters at a time. The Crater Lake gang had to be willing to wait in the wings and at times, I had to push them back with force. They are a demanding group!

With Maelstrom finished and launched out into the world, I am currently storyboarding the next book in the Crater Lake series. What joy to discover that I have a whole crew of characters who are more than willing to accept an invitation to take up residence once again in my thoughts.

A shot is fired into the still night air and a young woman dies on Suicide Ridge. A dangerous game has begun. Over the course of one blistering, hot week, winds of change sweep through an isolated valley in small town America.

Sheriff Bert Calder, with the help of Mayor Amos Thatcher, has held the town of Haddon under his thumb for twenty-five years. As things spin out of control, Calder works the angles, ensuring he can make the most of the upheaval that is to come.

Rafael Destino, facing his own mortality, races against time to gain control of the railroad – a lifeline essential to the town’s survival. His goal – to financially destroy Thatcher, the man he believes responsible for the death of his beloved sister. His tool – adopted son Myhetta. But how far down the road of revenge will Rafael push the young man who owes him everything?

Myhetta is poised on the edge of controlling Destino Enterprises, the job he has been groomed for. While money, power, and influence are his to command, the past continues to torment him.

In a clash of powerful men, with fathers pitted against sons, no one will be left unscathed. Maelstrom is a page turner that speeds along like a runaway train.

About Francis:  Francis Guenette has spent all of her life on the west coast of British Columbia. She lives with her husband and finds inspiration for writing in the beauty and drama of their off-grid, lakeshore cabin and garden. She has a graduate degree in Counselling Psychology. She has worked as an educator, trauma counsellor and researcher.

Purchase Maelstrom by clicking on links below.

Chasing Down the Night