Unique and original – one of the sweet romances stars a cute ferret! Check out this excerpt, and I’m sure you’ll fall in love.

We Wish You A Ferret Christmas by Nikki Lynn Barrett
Widower Lance Rossiter wants nothing to do with the pet ferret who caused his daughter to be hit by a car. Widow Cara McLean is shocked by the ferret her son finds and wants to keep. When Lance and Cara meet, sparks fly and love suddenly seems possible. Can a lost and found ferret bring two fractured families together?

“We wish you a Merry Christmas, we wish you….” Children’s voices blended with a few adult ones filled the hallways.
Seriously? Lance Rossiter glanced up from the magazine he’d barely been looking at anyway to peer out the hospital room door. Christmas carolers? So people still did things like that? He found it a little disheartening that Christmas tunes were sung as a background noise to beeping machines- one of them currently hooked up to his five year old daughter to monitor her breathing.
Fine. Maybe some people felt the need to surround themselves with the holiday. He could put on a little cheer and go with the flow. He loved Christmas, as did Tamara, but his bad mood reflected on his first reaction to wave off the cheery carolers.
Nah, really they were a welcome sound. Plastering on a smile, he stood and quietly moved toward the holiday cheerers. He watched as the group of around eight or more kids with two adults slowly walked down the hospital hallways singing. In their hands, they each carried a bag. Lance spotted a teddy bear hanging out of one of them. So not only were they singing, but bringing gifts as well. Maybe a get-well effort? Kind of like candy stripers, or whatever you call them. They weren’t over-the-top loud, and their harmonies blended well. Others had taken up his idea and lined the doors of hospital rooms. Some were wearing a smile, but others were unsure what to make of the whole scene. When the kids spread out and handed each person a bag, his heart melted. Well, this wasn’t something he saw every day. What a sweet gesture. Whoever organized this event deserved a medal. This was a perfect way to brighten a sick child’s day.
A little sandy blond haired boy Lance guessed to be about seven trailed behind. He wasn’t singing, and his face was masked into one of confusion and worry. The woman leading the group stopped, smiled, and held her hand out to him. “Come on, Alex. Don’t be afraid,” she soothed. “You love music.”
The boy didn’t reach for her hand. He trailed close behind the woman, but didn’t make eye contact with her. His gaze was cast downward. The child shuffled his feet along the tile.
“Look up at me, please,” the woman said softly. The rest of their party continued down the hall singing. The kid clutched the gift bag.
Lance should have gone inside, but he continued to watch the two. Most of the other patients and family members had already disappeared from the doorway, probably taking pictures of the goodies, posting them on social media, and sharing them with the patients.
“No! Leave me alone!” The boy screamed and ran from her, barreling straight towards Lance. Startled, he took a step back as the boy plowed into him, ran into the room, and closed himself off in the bathroom.
Alrighty then. Talk about awkward.
“I’m so terribly sorry!” The woman’s cheeks reddened as she darted toward him. “I’d hoped for a better outcome today.” She shoved her frizzy brown curls from her face.
Unsure what to do or say, Lance shrugged his shoulders. “Kids will be kids.” He stared back at Tamara and hoped this situation could be resolved quickly. He felt for the little boy, who was obviously having some kind of meltdown. He also sympathized with the woman, who’d become very flustered and nervous.
“Alex, please come out of the bathroom. I don’t want to have to call your mom. She’s very busy at work today,” she coaxed from outside the door.
The sound of crying wafted through the walls. Lance didn’t want to sit back down, but standing around seemed like the wrong thing to do. He didn’t want to leave the room in search of a nurse or someone else who could help, either. He blew out a breath and hoped to hide his exasperation. While patient and understanding, he silently pleaded with no one in particular for this to get situated quickly.
The woman glanced back at him again. “I really am sorry-”
“It happens.” He waved it off, but Lance wished he’d never walked toward the door. Would that have stopped the little boy from running into his room? Maybe not. Thank God for little favors, though. Tamara hadn’t woken from her nap to this mess.
The woman pulled out a cell phone and, in a desperate plea, spoke into it. “Cara? I’m sorry to bother you, but Alex locked himself in a bathroom at the hospital. In a patient’s room. I think it’s best you come down here.”
Lance stifled a groan. This could take a while.
As the boy inside the bathroom continued to wail, the sound of Christmas carolers on TV now drew his attention, singing the same song he’d just heard.
“We wish you a Merry Christmas….”
Some Christmas.
***** 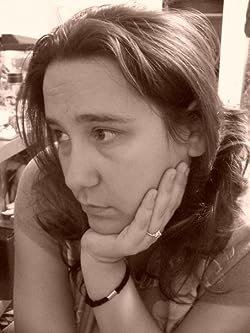 USA Today bestselling author Nikki Lynn Barrett I’m an avid lover of books. I’ve been writing as far back as I can remember, completing my first “book” by fifth grade in one of those one subject spiral notebooks. I have a passion for music, photography, jewelry and all things creative. I live in Arizona with my husband and son, but dream of being somewhere much colder and stormier. For now, I’ll have to live that life through my characters and stick it out with the summer heat.
We Wish You A Ferret Christmas is EXCLUSIVE to Christmas Pets & Kisses from October 6 – November 6, so pre-order Christmas Pets & Kisses today and be the first of your friends to read We Wish You A Ferret Christmas by Nikki Lynn Barrett
Amazon US ~ B&N ~ iTunes ~ Kobo ~ Amazon UK ~ Google

Like Loading…
← SPORTS RULE AS AUTUMN REIGNS
→ SNEAK PEEK OF A CHRISTMAS PROMISE AND CHANCE TO ENTER RAFFLECOPTER!