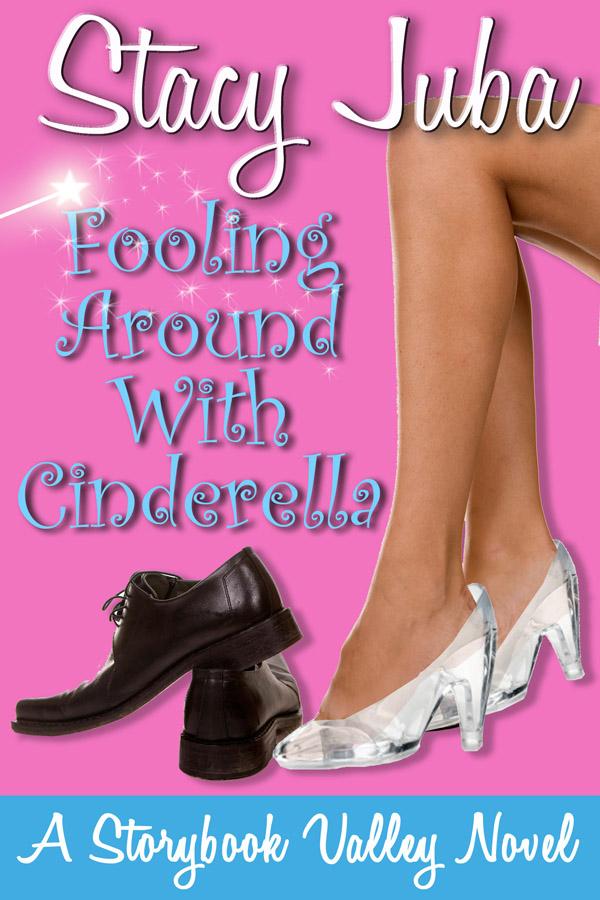 Hello and welcome to Author Wednesday. Today the wonderfully talented Stacy Juba joins me to talk about her new release, Fooling Around with Cinderella, a sweet chick-lit romance. 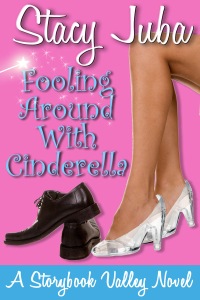 Welcome, Stacy. I’m excited to hear about your new romance, which looks like the perfect book to relax with over the holidays. Rachel Carson (Silent Spring) said she never chose a subject because as a writer, the subject chose her. Describe a time when a subject chose you.

A few years ago, my family and I were at a fairy tale theme park. We had just gone to visit Cinderella. I think Cinderella was on my brain as a couple weeks earlier, we had all gone on a princess lunch cruise. Anyway, I stopped short in the middle of the theme park and my husband stared at me. He said, “You have an idea for a book, don’t you?” He recognized that gleam in my eye. This idea had popped into my head about a reluctant theme park Cinderella. Details were coming so fast that I was scribbling on napkins at the hotel in the middle of the night. And Fooling Around with Cinderella was born!

That’s a great story. My family has come to recognize that look in my eyes as well. Do you have certain themes that appear in all of your books?

All of my books have the theme of characters at a crossroads – characters who are at a fork in the road in their lives. They can either continue on the same safe, but unfulfilling, path, or take a risk and venture in a new direction.

Fooling Around with Cinderella is the first book in a series you’re creating. What made you decide to write a series?

I have chosen to write the Storybook Valley series, a series of chick lit novels set at an amusement park, as I love visiting theme parks. It’s as if the real world fades away and you’re in some alternate vacation reality. I wanted to share that experience with my readers, providing them a place where they can take a mental vacation and revisit familiar characters from time to time.

Who’s your favorite character from your books?

I love Jaine in Fooling Around with Cinderella. Like Cinderella, Jaine has a couple annoying sisters, and she is often taken advantage of. She is nurturing and tends to take care of others, usually putting herself last. But she is also determined, ambitious, and sassy. I love how she evolves in the book and how she learns to find more balance in her life – and love.

Since you’ve set the book in an amusement park, I assumed setting is very important to the plot. Tell me about the importance of setting.

Setting is important in all of my books, but I have had a great deal of fun developing my latest setting, the Storybook Valley theme park. I went to several theme parks, read books and blogs by former princesses and theme park employees, watched employee recruitment videos and read employee manuals all geared toward theme parks, created my own rides and attractions, and brainstormed what kinds of quirky characters might choose to work at a theme park. In this series, the people who work at Storybook Valley have real life problems, but there is always a happy ending.

Wow! I’m very impressed. You’ve created an entire world for this series. What’s your one sentence pitch for your book?

What happens when the glass slippers pinch Cinderella’s toes?

The title (and cover) are very catchy. How did you choose the title?

Perfect. I love it when the title can mean several things. How long do you estimate it took you to take the book from an idea to a finished, published?

This one took me a few years, but the other books in the series should be written much quicker now that I have developed the setting and secondary characters. Launching a series means making a great deal of big decisions so I spent lots of time on the first book, making sure I got it right.

I would imagine creating the whole theme park concept took quite a bit of time. I’m sure the rest of the series will go quickly now that the characters have a place to live. Is the book traditionally or self-published?

It is self-published. I’ve had lots of success with my other self-published books and just wanted to get this series out to readers without holding it up for a couple years, as the submission process to traditional publishers can take a long time, and then if gets accepted, it can take another year before the book is published.

That’s so true. Wise choice. What is the best thing someone could say about this book?

That they love it and can’t wait for the next one!

Who  is the antagonist in your book?

The antagonist is named Gabrielle, the beautiful, intelligent and conniving director of support staff. She is also an old high school rival of Jaine’s and Dylan’s ex, so she has an ax to grind with both of them.

Without giving us a spoiler, tell us a little bit about your favorite scene in this book.

The last scene. That’s when the double meaning of the title comes full circle!

Stacy, thank you so much for stopping by today and sharing your new book. It sounds delightful. 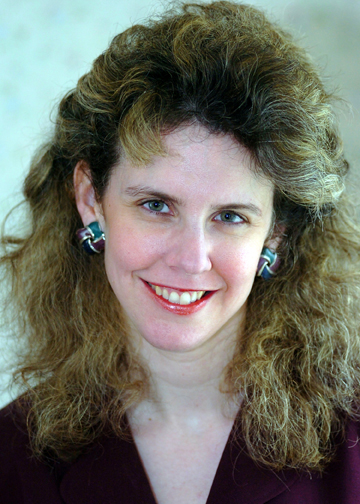 About Stacy:  Stacy Juba got engaged at Epcot Theme Park and spent part of her honeymoon at Disneyland Paris, where she ate a burger, went on fast rides, and threw up on the train ride to the hotel. In addition to working on her new Storybook Valley chick lit/sweet romance series, Stacy has written books about ice hockey, teen psychics, U.S. flag etiquette for kids, and determined women sleuths. She has had a novel ranked as #5 in the Nook Store and #30 on the Amazon Kindle Paid List. When she’s not visiting theme parks with her family, (avoiding rides that spin and exotic hamburgers) Stacy helps writers to strengthen their manuscripts through her Crossroads Editing Service. She is currently writing the next book in the Storybook Valley Series, Prancing Around With Sleeping Beauty.