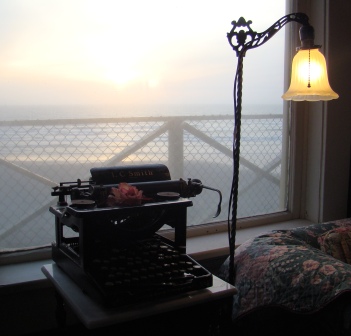 I love helping my fellow authors celebrate their new releases, so today I’m happy to announce that Ey Wade released two novels this month. Both of them could be classified as political intrigue with a touch of romance. Or perhaps a bit more than a touch of romance. Judge for yourself with these excerpts!

Gorgeous, dedicated fertility counselor Tyson Ribbons, has admired and loved embryologist, Anabelle “Belle” Lee for a long time. When she comes in for counseling he fights everything within him not to deter her from her plans.

Doesn’t stop his heart from wishing it could be him fulfilling her desire.

Anabelle Lee, mourning her inability to have a child of her own, suffered through two miscarriages, a heartbreaking late-term abortion, and a soul-crushing divorce. As an embryologist, she has protected the potential life of many frozen specimens and lived envious of the women choosing InVitro fertilization as their form of reproduction.

After a bit of encouragement from her best friend, and counseling from the very perfect Dr. Ribbons, Anabelle takes steps to fulfill her desire to become a mother.

Problem is, the announcement brings more of a shock than a gift.

Anabelle Lee carefully slotted the test tubes into their assigned spots. The gray matter rising from the liquid nitrogen in the vacuum lined tanks, gave her the urge to cough, but she dared not. Any amount of germs had the potential of contamination and death to the minute life forms. At least, that’s how she felt.

Closing the lid to the container, she pushed the required buttons, locked the precious vials and lowered them to safety. With one last look over her shoulder before leaving the room, Anabelle sighed and closed the door. She hadn’t realized she was crying until her friend and fellow embryologists, slid a wad of Kleenex into her hands.

“Belle, why do you do this to yourself? I just don’t understand. No one coming in here deserves a child more than you. You know all of the risks, you see the donor lists and can have your pick. Call your gyne for counseling and set yourself up for In Vitro or artificial insemination.”

“I want to, but I don’t want to be disappointed. I’m not sure I’m ready for another heartache.”

“I can understand your feelings after everything you’ve been through and that sorry-assed husband of yours leaving right after you lost the baby. He didn’t even hang around long enough to see her buried. But that was three years ago. He’s moved on with life, married someone else and has a baby of his own. You deserve that same kind of happiness.

Go out, pick you a live body and either get you some and have you a baby or count up your pennies and splurge on a test tube. Here,” Sunny riffled through the pockets of her scrubs, pulling out hands full of change and paraphernalia, sorting through to put the coins on the desk and push in Belle’s direction.“Here’re seventy-five cents, to start the fund.”

Belle choked and giggled at the same time, which ended up sounding like an animal being tortured and caused her to end up wobbling in her chair and banging against the desk from laughter.

“God, you’re so crass, Sunny. You make it sound as if I’m walking into the cosmetic aisle of any mass market store and picking out a tube of lipstick.”

“Well, having the right tube is just as important as having the perfect shade of color on your lips. You know, that batch you just locked into that frozen pits of a tundra, does have one of the best specimens. Or you can simply pluck him from his office, drug him, take him home, and tuck him into your bed. Not to sleep of course. The two…”

“Stop, that’s just a stupid rumor, I’m sure. Something to keep the nurses speculating. Anyway, we practically work together. I can’t use him like that.” Annabelle straightened herself under the desk and began ticking the keys of the computer. “Besides, who says he would go anywhere with me?”

Sunny Verdi Reyes, has always wanted the “good life.” Husband, home, lot’s of children. After cheering on her best friend and fellow embryologist Belle, through her successful quest for her dream, she wanted those things even more.

Unfortunately, Sunny broke the heart of her fantasy years earlier and it would take more than wishful thinking to get him back.

At 17, unable to voice his opinion against an unwanted abortion, Ismet Honorable O’Neal ran from the girl who killed his dream of the perfect life and the white picket fence.

Now he spends his time aiding other men in being the voice in the lives of their children.

Years later, he returns and Sunny is waiting.

She’s going to need more than the love in her eyes to repair the fences.

Three of the five containers of infant formula slipped from his grasp, falling with the weight of bricks on the ends of his loafers. The pain to his toes, nothing when compared with the unexpected sharpness stabbing his chest.

He froze, listening to her voice as he eavesdropped on her one-sided conversation.

“Belle, will you stop talking? All I asked was what size should I get? I didn’t ask for a commentary or a price list on the gifts I’ve already bought for my godchildren. Furthermore…”

Her voice slowly faded away, dragging Ismet’s composure with it. He stood, shaking like a leaf and peering between the columns of baby diapers and infant paraphernalia at the woman who had crushed his soul, years previously.

Without conscious thought, Ismet found himself scurrying through the doors of the supermarket and into his car. The task of purchasing supplies for the childcare center, completely forgotten. His main focus, to put as much distance to his memories and reality as possible.

Which wasn’t far. He pulled the car over as soon as he could find a safe spot. Resting his forehead on the steering wheel.

He hadn’t expected the sight of Sunny to impact him so hard. After all, he hadn’t seen her in ten years but would know her anywhere.

She was more mature- at least her body was, but the voice was still the same. As was his reaction to her. Heart palpitations, joy, lust and retreat. Yes, same-o-same-o.

The last time he’d seen her, he’d run. Ran from her, his home, and what had become the end of his life. That night was the death of his dreams. A night he’d done his best to keep buried. Seeing her, unearthed all of that. He was shaken to his roots and his mind reflected the turmoil. Spilling its secrets…

“I don’t have a choice. She’s my momma. I’ve only been sixteen two weeks and here I am pregnant with a baby. Met, what can I do with a baby? How can I finish school? Go to college? I can’t be a mom, right now.”

“I thought you loved me. Wanted our baby.”

At the touch of her hands on his shoulder, he shook it off. The contact seeming to burn him with desire and freeze his heart at the same time. This was the person, who, in one night soared him to the sky with the announcement she was pregnant and then casually tossed him to the pits of hell with the plans for an abortion.

She sat quietly. Gaze transfixed to the movements of her fingers in her lap, while he opened the door of the car and went to sit on its hood. With every step, he wanted to fall apart.

There was nothing he could do. Nothing or no one able to help him. Sunny was right, they couldn’t go above her mother’s demands. If only it were possible to make her carry the baby and then give it to me. Would she even contemplate the thought?

With a small turn of his head, he glanced in her direction. There she sat, stone-faced in the car. He wondered if she truly cared. If the whispers of love she’d mouthed for years was simply the fantasy of a teenage girl deep in the throes of her first relationship. Did she even care for him with the same intensity he had for her? From the corner of his eyes, he watched Sunny staring, as if she were unable to move and join him.

The hurt was a physical tearing in his chest that radiated in his back. It wasn’t possible Sunny felt anywhere near as helpless and devastated as he was feeling. She had the upper hand. It was her body, her child- until it was dead. The finality took the last bit of strength from his body and he fell across the hood of the car, crying loudly in despair. The deep sobs tearing his heart apart.

The thud of the metal hitting metal roused him from is misery. A simple hug would’ve meant a lot. A word of comfort or remorse would’ve been a balm to his spirit. Instead, he watched her shoulder her purse and without a glance in his direction, she strolled up the concrete path to her mother’s house. The taps of her heels as they walked the sidewalk to the front door, the closing snap- an end to his wishful dreams. Each a part of the collection of sounds that echoed in his nightmares for years.

About Ey Wade: Ey considers herself to be a caged in frustrated author of thought provoking, mind bending books in several genres. She is the mother of three adult daughters that were previously home-schooled and the drooling ‘Lovey’ to a little boy. Ey was born in Texas and reared as an Army brat. There is the constant need to speak, so writing and telling stories is the way she chooses to socialize.